You are about to leave a GSK website. By clicking this link, you will be taken to a website that is independent from GSK. The site you are linking to is not controlled or endorsed by GSK, and GSK is not responsible for the content provided on that site.

Talk to your doctor about the impact of lupus nephritis on your kidneys and strategies to monitor disease progression.

BENLYSTA (belimumab) is a prescription medication used to treat adult patients with lupus-related kidney inflammation (lupus nephritis) who are receiving other lupus medicines. Both intravenous and subcutaneous formulations of BENLYSTA are approved for adults with active lupus nephritis.

It is not known if BENLYSTA is safe and effective in people with severe active central nervous system lupus, and it has not been studied in combination with other biologics. Use of BENLYSTA is not recommended in these situations.

Do not take BENLYSTA if you are allergic to belimumab or to any of the ingredients in BENLYSTA.

What Kind of Medicine is BENLYSTA?

BENLYSTA (belimumab) is a biologic therapy, not a steroid. It is taken in addition to your other lupus medications and is available in three options for adults with lupus and lupus nephritis:

For children ages 5 and above with lupus, BENLYSTA is available as an IV infusion.

In a 2-year clinical study of adult patients with active lupus nephritis, BENLYSTA:

* Compared to those not taking BENLYSTA.
† Rescue medicines such as steroids greater than 10 mg/day.

Results may vary.
Ask your doctor if BENLYSTA is right for you.

How to take BENLYSTA

How to take Benlysta

BENLYSTA was studied in the largest and longest lupus nephritis clinical trial ever conducted.

BENLYSTA for active lupus nephritis was studied in a 2-year trial.

Learn More about BENLYSTA for lupus

Are you ready to learn more about BENLYSTA?

Register for Your Free Information Kit

BENLYSTA is a biologic therapy, not a steroid. BENLYSTA is the only approved treatment that targets BLyS, an underlying cause of SLE.

Watch this short video to learn more about what lupus is, how it affects the body, and how BENLYSTA works. 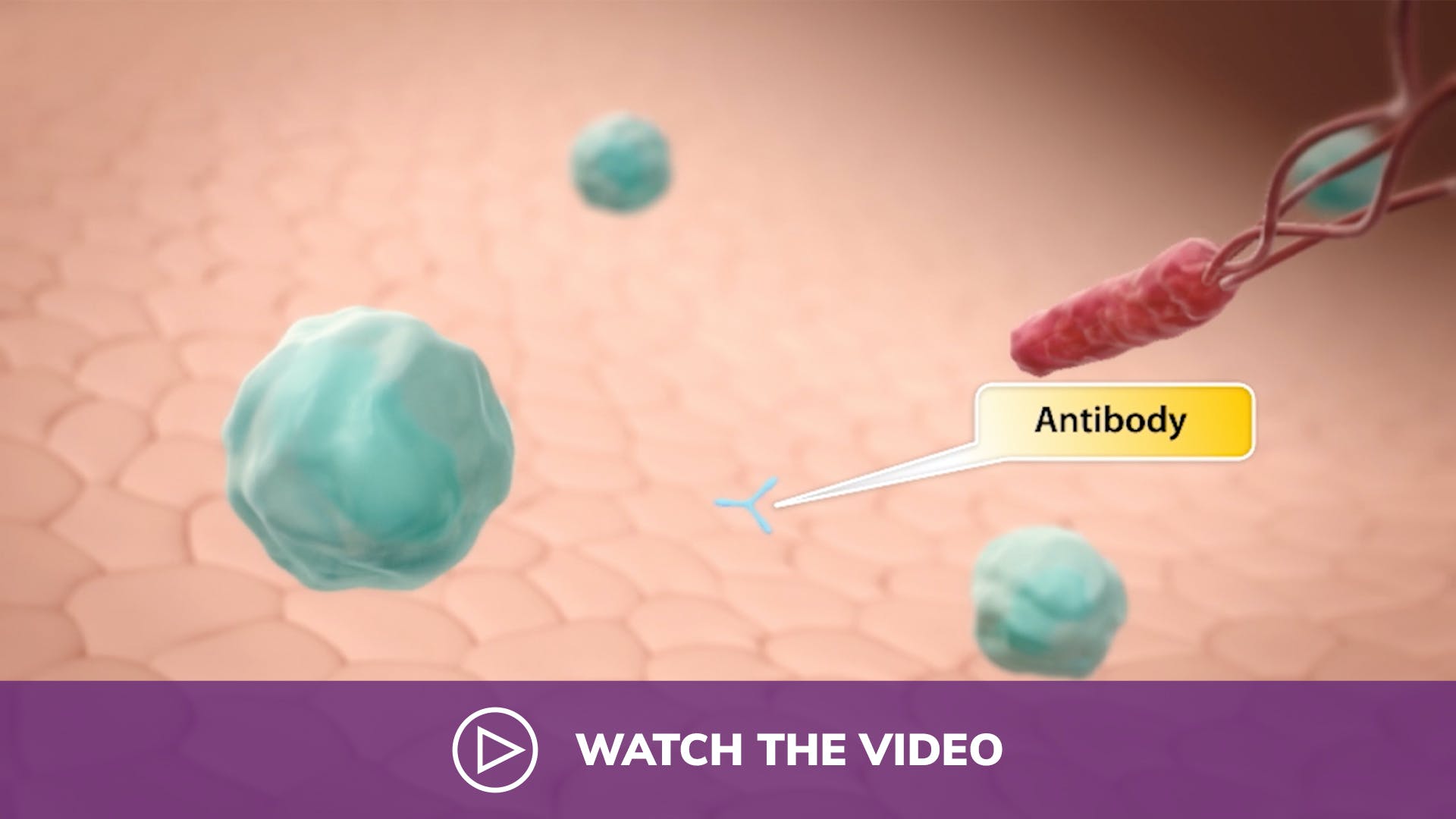 When the immune system is not working properly, however, it can cause illness rather than help maintain health. Systemic lupus erythematosus, or SLE, is one of many diseases caused by abnormal immune system activity. In many people with lupus, certain B cells remain in the body longer than they should. These cells, called autoreactive B cells, play a role in causing lupus. Like other B cells, autoreactive B cells can produce antibodies. But the antibodies released by autoreactive B cells do not fight germs. Instead, these antibodies, which are called autoantibodies, attach to normal tissues inside the body. When this happens, the autoantibodies end up attacking your own body and tissues can become inflamed.

All of the cells of the immune system are influenced by chemical messengers. For example, one of the chemical messengers that binds to and helps the growth of B cells – including autoreactive B cells – is called BLyS. BLyS is short for B-lymphocyte stimulator. BENLYSTA works by binding to BLyS. When BENLYSTA is attached to BLyS, BLyS can no longer bind to and stimulate the autoreactive B cells. Adding BENLYSTA to your other lupus treatments may help reduce the abnormal immune system activity that contributes to disease activity in lupus.

As you and your doctor consider BENLYSTA, it’s natural to have questions. To learn more about how BENLYSTA works, understand the financial help we offer, hear from others like you, and more, request your free BENLYSTA Information Kit.

Expand All Collapse All

When you start BENLYSTA treatment, you also have access to help in understanding your health insurance coverage with BENLYSTA Gateway & Co-pay Savings Program. LEARN ABOUT YOUR COVERAGE OPTIONS

Are you a caregiver, friend, or relative of someone with lupus nephritis?

We have created a page with tips and resources for you. LEARN ABOUT CAREGIVING